A parliamentary system or parliamentary democracy is a system of democratic governance of a state where the executive derives its democratic legitimacy from its ability to command the confidence of the legislature and is held accountable to that parliament. 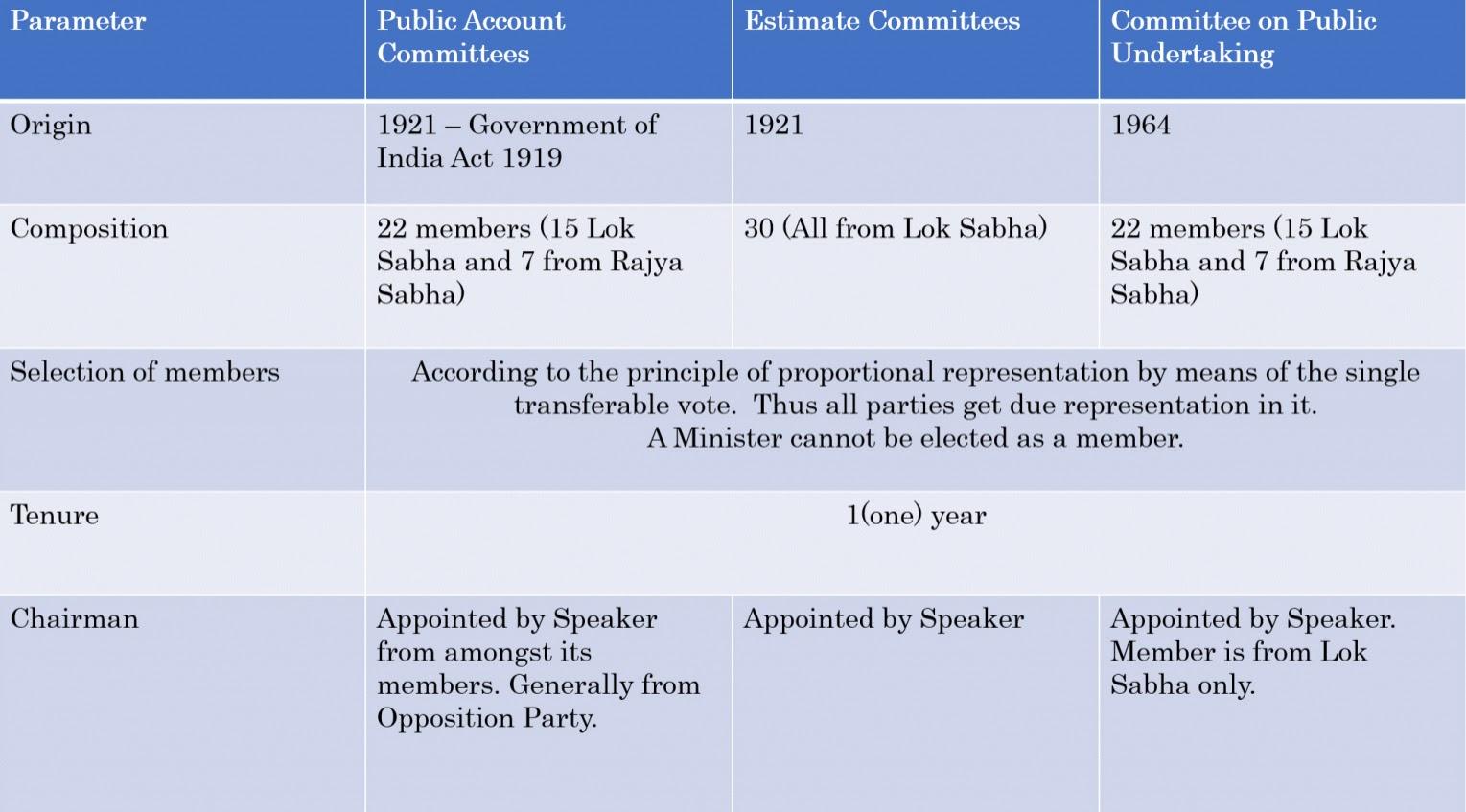 In most of the Committees, public is directly or indirectly associated when memoranda containing suggestions are received.