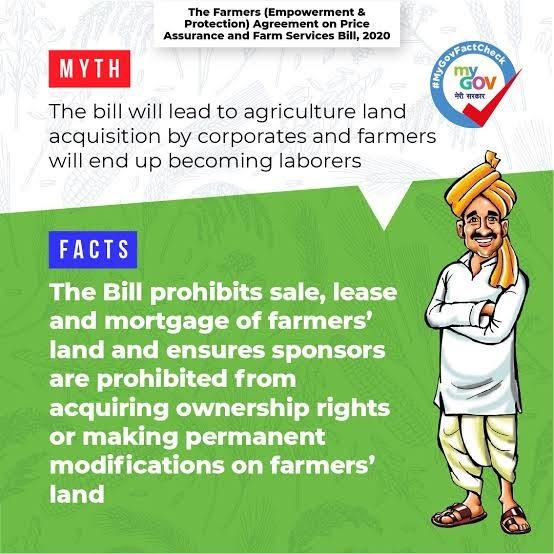 President Ram Nath Kovind gave his assent to all the three farm bills.

We need to enlarge the market for agriculture produce while preserving the ‘safety net’ principle through MSP and public procurement.

For most crops where MSP-led procurement is non-existent, the decline has been sharper.      With rising input costs, farmers do not see the market providing them remunerative prices. The protests by farmers are essentially a reflection of the mistrust between farmers and the stated objective of these reforms.

Without strong institutional arrangements, the free market may harm lakhs of unorganised small farmers, who have been remarkably productive and shored up the economy even during a pandemic.